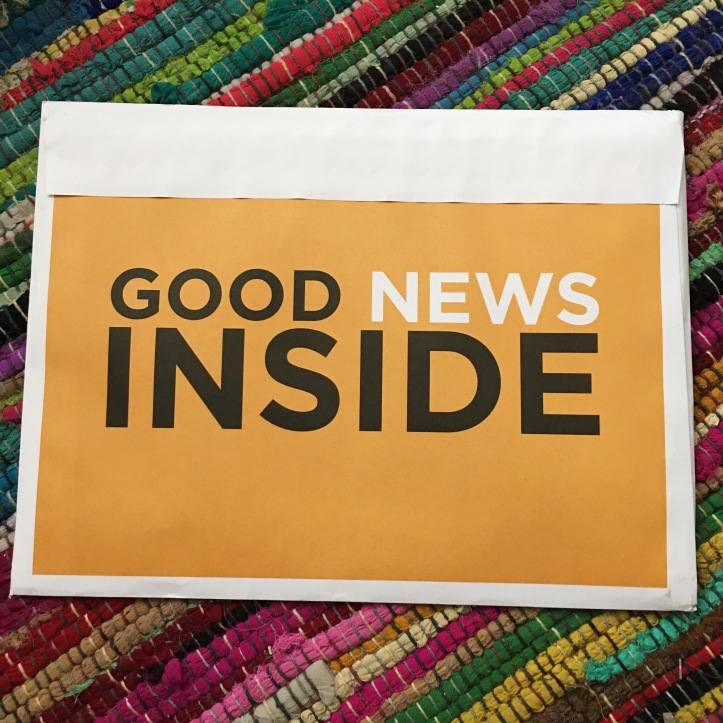 I know that Facebook memories are usually just a reminder that nobody should have let 16 year-old you onto the internet. Every now and then, though, you get a cute little gem like this.

This caught my attention because this is what I actually want to be reminded of. Because, you know, I’m a self-involved Millennial who enjoys stalking myself from time to time (this started off like a joke but then turned out to be a true statement…) and here’s why. This is the moment that I decided to treat myself like a writer.

By 2015, I was in my sixth or so creative writing class. I was still an English major and working three jobs and attempting to have a social life. My writing process was basically to think about writing the story until a day or so before it was due and then not sleep until the entire thing was finished. Let me emphasize that again: I wrote entire stories in one sitting. Every. Time. Now, real writers with actual authority to give you advice can tell you whether or not that is a healthy thing. I’m sure it works for some people. Here’s why it didn’t work for me.

Waiting until the last minute results in the Desperation Draft. Unless you have a very clear idea of where you’re going with a story when you sit down to write it (something I’ve long since decided doesn’t work for me), it’s gonna take more than one try to make a cohesive story. If you sit down with only a vague idea of what you have to say, the result is the vague outline of a story. The Desperation Draft gets comments like, “What’s this story really about?” and suggestions for huge, structural changes. For almost my entire undergraduate career, I turned in almost exclusively Desperation Drafts. They were usually based too closely off of something I had experienced or observed (see again *self-involved millennial). The second draft, necessary for workshops, was a hackjob version of the previous draft. I’d make those huge, structural changes and cut massive parts that had seen integral. The story would morph more into an actual piece of fiction and less me telling a story that actually happened. I’d fill the gaps with long-winded new ideas to fill the space. We’ll call this the Frankenstein’s Monster’s Draft, because it’s essentially a reanimated corpse. I came into editing with the precision of a chainsaw, not a scalpel. The second draft was sometimes made of almost entirely new material, which isn’t editing at all. It’s adding more first draft to the mess. The third draft in this case doesn’t even get a name. I only edited third drafts for the final portfolio, which meant (due to my shining time management skills), that it was finals week by the time I started utilizing the feedback from workshops. I think by now you see my point.

Two years ago, when I decided to apply to UMass for the summer writing institute, I had to actually look at my stuff like a writer. I took a story that had already made it through each of those drafts and did something I’d never done before–I edited it again. And again. I printed it, wrote all over it, made changes, let people read it, got feedback, and did it again. I cancelled plans. I forced myself to set aside time. And, the one time I actually put some work into something, I got in. In my workshop at UMass, we spent our time dedicated to the craft of editing (and I realized quickly that I had been completely guessing up until that point). I learned how to really weigh each line and each part of a story to figure out its function in the overall scheme, which I’ve been working on since.

Up until now, all I’ve been doing is editing stuff I started so long ago. I spent over a month editing my grad school writing sample and completely disappeared off the face of the Earth while doing so (more on that later). 2015 me would be proud of myself. More importantly, I’m ready to finally write something new. Not a Desperation Draft, but my first ever First Draft. It’s got a nice ring to it.

ALSO I GOT INTO GRAD SCHOOL!!! Catch me at Pacific Lutheran University’s Rainier Writer’s Workshop.

My beautiful stack of mostly unread Book of the Month books that I can finally read because it’s non-required reading time 😍 I also posted links to all the books I read in school this year on the blog! Link in bio 📚
Well it was rough, but I made it through my mentorship year! Which means... I CAN READ WHATEVER I WANT 💁🏼‍♀️ So if that means I’m going to spend my valuable time setting up this Carrie Bradshaw shrine from @jooleeloren ’s illustrated essays, Literally Me, so be it. ⚪️⚪️⚪️ I made more of an effort this year to include some palate cleansers between the non-stop short stories. I ready more poetry, CNF, graphic novels, and just genuinely fun books than I ever had before and I think it made a huge difference in avoiding burnout (mostly). How do you avoid burnout? xx, Tab
“This interesting pen is a symbol of my love for you. This wooden floor is a symbol of my love for you. This year of loneliness is a symbol of my love for you. This concert tee is a symbol of my love for you.” @ameliagray AM/PM ✌🏻 More on Amelia Gray and flash fiction and #flashfloodapril on the blog. Link in bio!
“​Her swept, stripped crying was like an empty room, the boxy shadows on the walls, the ​unfaded parts against which beds and desks had pressed. Whoever had lived there, slept ​there, adjusted in front of the mirror there, was dead.” -Christine Schutt ▫️▫️▫️▫️▫️▫️▫️ This is writing that makes you laugh but also cry because someone wrote it and it wasn’t you.
“Still, there are times I am bewildered by each mile I have traveled, each meal I have eaten, each person I have known, each room in which I have slept. As ordinary as it all appears, there are times when it is beyond my imagination.” -Jhumpa Lahiri, Interpreter of Maladies ⭐️⭐️⭐️ My best friend and I tend to like opposite books (because she’s a plot person and I’m a characterization person so she thinks everything I like is boring) and yet she gifted me this book without knowing it was on my list. It’s like, the perfect blend of people and plot and she’s like, the perfect book bff. That is all. Thaaaanks @sarahhruizz 🖤
An accurate representation of my writing process as of late—holed up in a coffee shop for hours with huge salads, washi tape and cute post-its as my only motivation to organize my life, just a big colorful MESS. But I’m also working harder than I’ve ever worked before. Been planning for some big fun things to come! Anyway, @littleoneonthemoon inspired me to show back up and share some of my favorite bookish people. I haven’t shown enough love on here lately, so I’ll probably be stalking you soon 💛 Comment your favorite book accounts so I can stalk them too!!!

(guys, my tweets are kind of funny)