(Can I tell you a little story before while we do this? I know I said I was gonna talk about books but I mean obviously I’m also tryna talk about myself…)

Sooo, I’m in Tacoma at RWW. I just found out I got April as my mentor and I am as stoked as humanly possible. I feel I got the perfect mentor for me. And she and I, we’re both a little bit awkward (lovably, maybe?) and we were supposed to have a quick meeting discussing our upcoming mentorship year. And I’m nervous, cause she’s brilliant and stunning and aloof and cool. And then we spend two hours in a wine bar talking about writing and she gives the most beautiful impression of dating a novelist that I have ever heard. I am happy. This is going to be a good year. 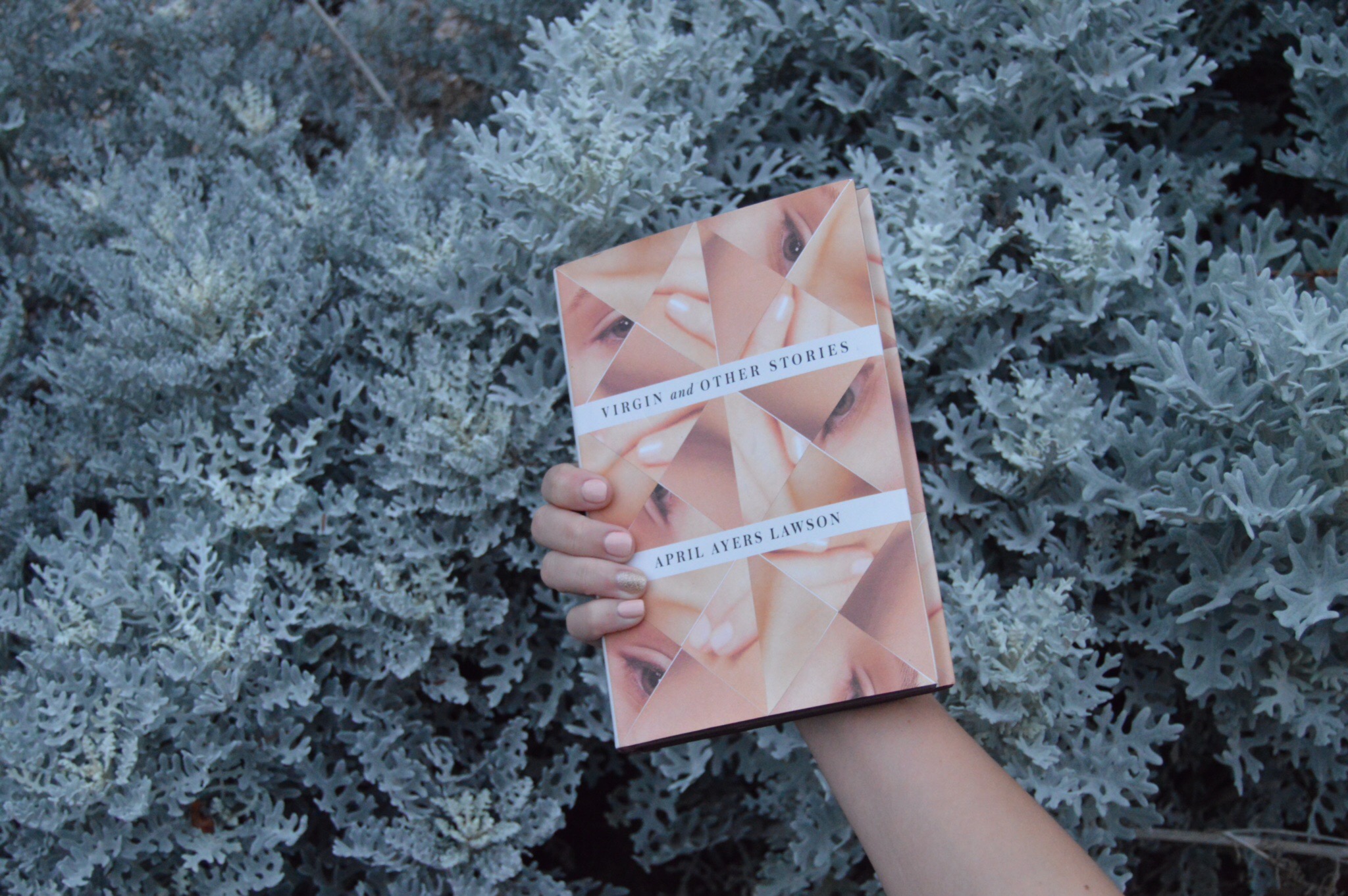 “‘Oh, please don’t write about me,’ he said, as if the idea were already irresistible to him.

‘Don’t worry. It’s not the kind of thing I show people,’ I replied.” -Vulnerability

I expected this book to be good. Listening to her read a portion of this collection is what made me realize I needed her in my life. It’s funny and sharp and bleak and it hurts sometimes and it’s absolutely bursting with emotion, always. I read an interview about this collection once where April’s work was described as “Not sexy for the sake of being sexy,” and I think that’s perfect. It’s the other sides of sexy: Uncomfortable, forbidden, passive, traumatic. Of longing, and of not caring. There’s a story about three friends laying in the hammock at one of their ex-husband’s parties, which is really the story of a hyper-aware narrator and everything she can possibly analyze in the moment while squished into that space. There’s a story about a woman who paints men who remind her of the man who molested her as a child and her decision to have or not to have casual sex with her art dealer. The characters feel so real and the internal thoughts so deeply personal that it’s almost unsettling, like stumbling upon something private you aren’t supposed to see. But mixed in with these dark and complicated backstories are simple moments in relationships or internal thoughts of women. That’s what I wanted so badly to study in her work. That mix of light and dark that keeps stories about relationships and women from being just “cute,” or “romantic.” In fair warning, there are some recurring subjects of molestation and rape. Still, I think the way it is handled–not at all glamorized or excused but focuses on the after affects–is important. I cannot recommend this book enough.  Some of my favorite stories are “Virgin,” “Three Friends in a Hammock,” and “Vulnerability.”

Portrait of My Mother, Who Posed Nude in Wartime, by Marjorie Sandor

“She raised her face ti his and smiled, and I marveled at how gracefully they moved past the question, neither of them giving away how much, or how little, they knew.” -God’s Spies

Marjorie is another author I could gush about, but I’m trying to keep it to one fangirl gush per post. She is phenomenal. I feel so lucky to be able to take classes with her. SHe complimented me once and I wanted to cry.  It seems to me that April’s work is fairly influenced by Marjorie’s (since April was a student at RWW as well and had her as a mentor), so reading these in sequence was awesome. This collection, told by what seems at first to be third person but is soon identified as first person, share a central group of characters. The narrator is Rachel, who tells (mostly out of speculation, though it is never revealed how much of her stories are based on facts) of the secret and internal lives of her parents, Clara and Abe, from coming of age as Jews right on the cusp of WWII era through their marriage and the end of their lives. The secondhand point of view gives the ordinary more meaning. It allows for projection and symbolism that a closer point of view may not allow. There’s a story Clara being forced into taking piano lessons from a sort of spinster woman, which reveals just as much of the state of the family she grew up in and her adolescent need to be more–anything more glamorous. There’s a story of young, pregnant Eva moving back in with her mother, Eva, while Abe is off at war, and allowing the new artist neighbor to paint her nude. Later in the collection but at the same timeline, we see Abe being nursed back to health in the war from a lovely young nurse that may confirm the suspicions that Clara always had. Each story, while able to stand alone, informs another and makes for a very complete (and wonderful) collection. Some favorites are “Elegy for Miss Beagle,” and “Malingerer.”

My Mistress’s Sparrow is Dead: Love Stories from Munro to Chekhov, Edited by Jeffrey Eugenides

“Despite the freedom of youth and the license of first love–because of fate, karma, luck, what does it matter?–we made not doing it a wonder, and yet we didn’t, we didn’t, we never did.”

I split this anthology into the last three mailings, so even though this blog post is three months behind, I just finished this one. It’s all kinds of wonderful. Even if you don’t read short stories (yet!), this is a good place to start.

April wanted me to read this so I could get the feel of some new authors, and I’m so glad we did. I feel like three months of mostly hopleess, bittersweet love stories (lost, unrealized, inconsequential love–the good stuff, you know?) will get into your head eventually. I believe it’s in a good way. I already wrote this post –> Skepticism in romantic literature (Why I’m over it and you should be, too) on how this collection turned me into a believer in the happy (or at least, not doomed) ending, so I’m not going to spend too much time on this one. There are stories about affairs (a kind of surprising amount, which sort of made me question if fidelity is just a naive concept that I’m still young enough to believe in. I’m praying that I’m wrong), just barely missed young loves, young loves that will forever eclipse the characters ability to find new love, and tons of stuff that will hit you right in the feels. It’s a good one. Some favorites are “We Didn’t,” by Stuart Dybek, and “Jon,” by George Saunders.

Wow! This was long. Too long? Probably. But I want to hear from you! What makes you love a book?

Mood because it was 55 degrees when I left for work this morning. I mean it wasn’t even 7 AM, but still. I wore a CARDIGAN. i ordered a HOT. COFFEE. It counts. ☕️🍂🔮✨
You never know how bad you need to be in a crowd screaming “Maybe it’s not my weekend, but it’s gonna be my year” with some of your best friends. God, I missed concerts.
Can I hear a little commotion for the dress? 🕺🏼
Oops, more of my face cause it’s my birthday and I made it through my first week at GCU! 80 students! 2 hour drive! 7 AM!
It’s the way that I genuinely believed I looked tan for me 🥴🥴🥴 But every family needs an spf obsessed vampiric sibling so I took one for the team. Happy we got this river trip in before the end of summer hit me like a freight train! First time on the boat in almost a decade! #tragicgirls #thisistheskinofakillerbella #missedyoubabe
living for the hope of it all ✨hbd queen! Literally don’t know how I would survive without you.